An ‘insufficiently rugged’ G-Wagon gets some tuner love from RACE! South Africa 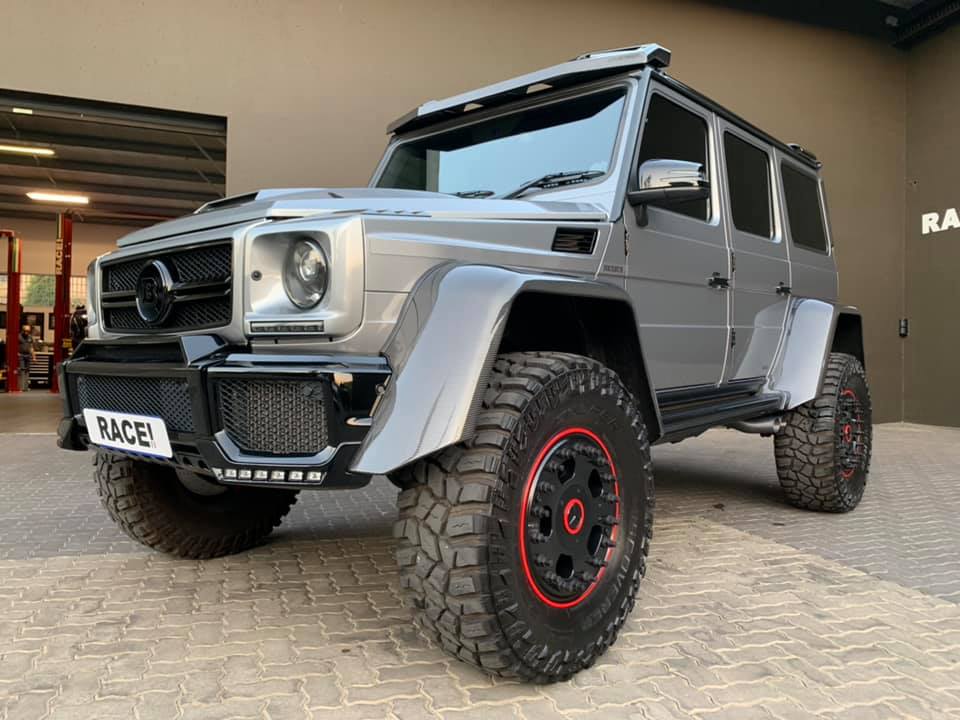 Can you believe a Mercedes-Benz G-Class G 500 4×4² can be described as ‘insufficiently rugged’? Well, apparently, some go ahead and call it that. That is what tuners exist for, of course.

This particular German SUV made it as far as the SAR, where it received a thorough overhaul from RACE! South Africa. The team outfitted it with a new, all-carbon body kit, predominantly sourced from Brabus.

Highlights included a new front fascia with integrated DRLs, blocky fender flares, a black front grille with a Brabus logo on it, a muscular-looking hood, a windshield-mounted LED bar, a spoiler and a slew of minor carbon details.

The wheel set deserves a separate mention. RACE! South Africa gave the G-Class what appears to be the same wheel type as the one used by the G63 AMG 6×6 (see video). However, this might just as well be an aftermarket replica, especially since the original set measures 18 inches across, while these rims seem to be 1 or 2 inches larger than that.