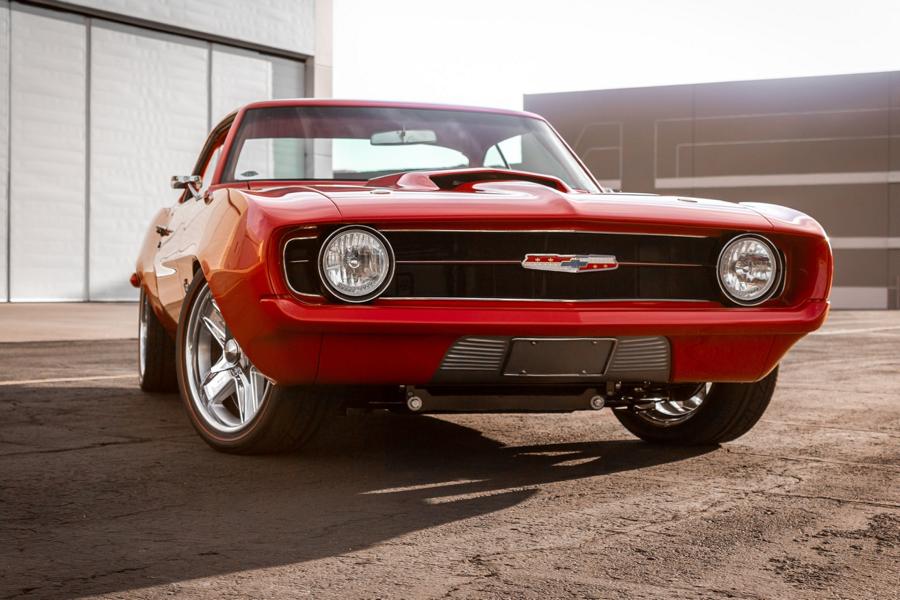 Classic Car Investments LLC is offering a uniquely tuned 1969 Chevrolet Camaro Z/409 for sale in the United States. The restomod has received attention from multiple customizers over the past 7 years.

Allegedly, the project took over 5,000 hours to complete and required investments exceeding U.S. $500,000. In view of the above, the $200,000 asking price actually seems modest in comparison. Then again, restomods are widely known to be a particularly expensive kind of hobby.

Let us begin with the engine. The car got to keep its original 7.0-liter V8, which was nonetheless bored out for 7.7 liters of displacement room. The crank performance amounts to impressive 498 hp (370 kW) and 631 Nm (465 lb-ft) of torque. The three-speed automatic transmission (TH400) and RWD remain largely intact, although both could perhaps use modernization.

A mere look at the exterior of the modded Camaro causes an immediate surge of nostalgia. The roof reminds of the 1962 Chevrolet Impala, the rear window and C-pillars appear inherited from Corvair, and some of the bodywork is typical 1957 Bel Air. A modern Magnaflow unit serves the purpose of exhaust system. Other notable mods include EVOD Industries wheels with a chrome look, six-piston Wilwood brakes up front, and soft four-link suspension.

The cabin has been remastered in hundreds of hours of handiwork and boasts a splendid classical dashboard with the ultra-rare SS 409 Sun Tach odometer on it. The seats come wrapped in new vinyl covers faithful to the original ones as far as the looks, and modern equipment is limited to a climate control system and a 1,400W Memphis speaker set.