The Indomitus is a huge, six-wheeled Ford F-550 Super Duty 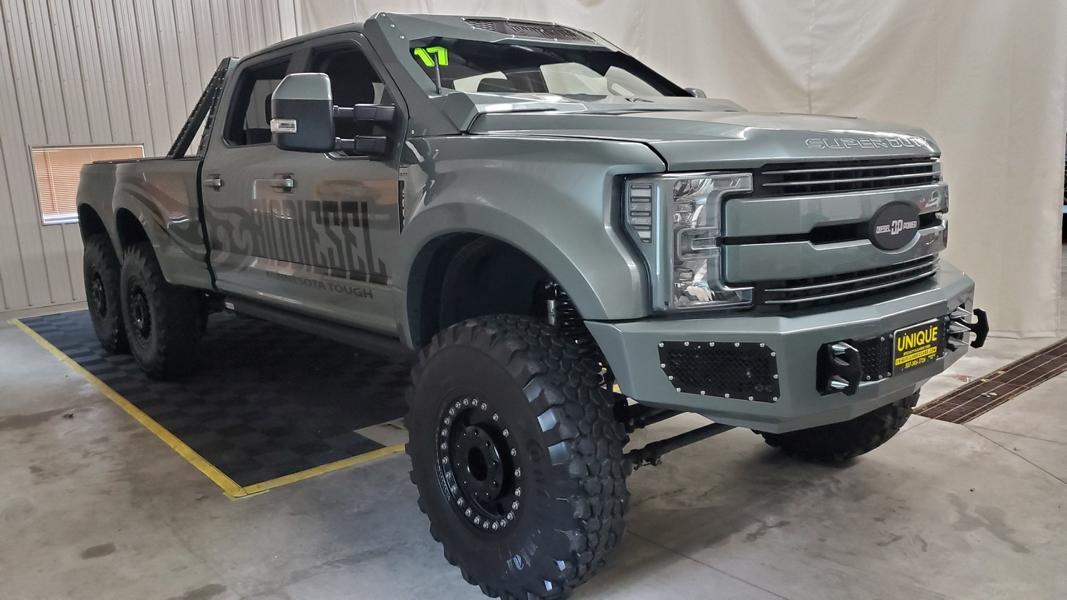 U.S.-based car atelier DIESELSellerz isn’t as widely known by its name. But mention the popular TV show ‘Diesel Brothers’, and everything clicks into place. The latest project of this team is the enormous truck called Indomitus, based on the Ford F-550 Super Duty chassis and tech.

The tuners start with a 2017 model, which comes equipped with a 6.7-liter Ford Power Stroke V8 diesel. The truck bed gains so much extra length that even the third axle doesn’t feel out of place here. By the way, it is claimed that the truck is a real 6x6 vehicle, courtesy of a TorqShift six-speed auto transmission sending the torque to all axles.

DIESELSellerz uses a suspension spacer kit to lift the F-550 a further 180 mm (7 inches) above ground, and replaces the standard wheels with 40-inch beadlocked ones.

The body of the Ford F-550 Super Duty Indomitus wears a fashionable Giverny Green tint alongside several fancy stickers. There is an expensive genuine leather cover protecting the cargo area from elements, and a spare wheel hidden inside.

Surprisingly enough for the Diesel Brothers, the cabin appears to be almost completely stock. Perhaps more work will be done later, or maybe none was planned, after all.