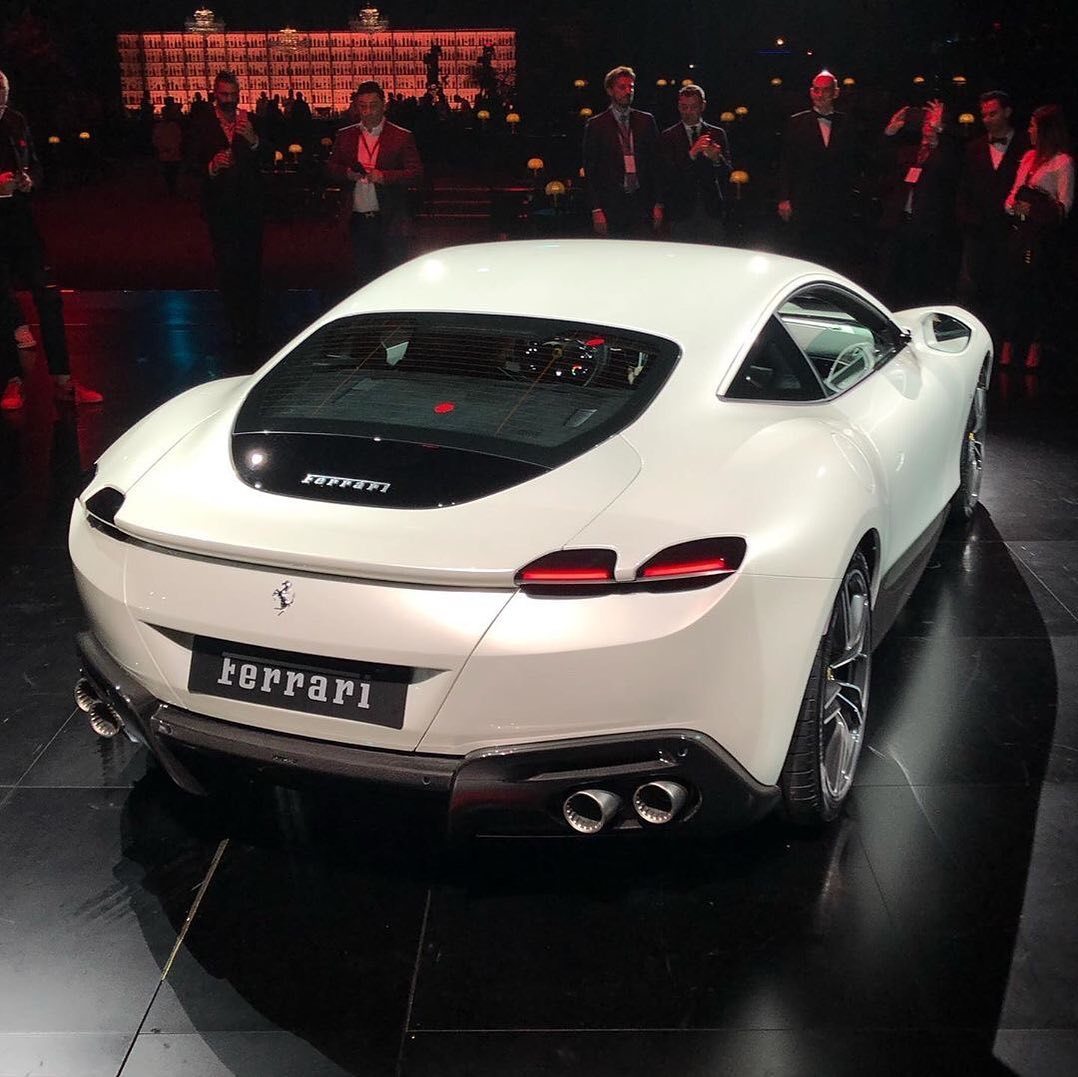 Pieces of the Roman mosaic – all the mysterious teasers and spy shots – have finally fallen into their places. Ferrari has unveiled the Roma, its all-new coupe with a distinct retro vibe to it.

As follows from its name, the car pays homage to the Eternal City. It draws inspiration from several ancestors dating back to the 1960s, including the 250GT 2+2 and the Berlinetta Lusso.

Just as everyone expected, it comes powered by the same V8 engine as the Portofino, rated at 620 hp (462 kW) and 760 Nm (561 lb-ft) of torque. The transmission is a new eight-speed dual-clutch design, which is said to be 6 kilograms (13 pounds) lighter than its seven-speed predecessor, and faster at that. The exhaust system is also brand-new.

The Roma boasts a number of interesting innovations, such as the active rear wing integrated into the rear window. Inside, it houses a newly designed steering wheel, a 16-inch digital instrument panel, an 8.4-inch multimedia display, and a separate screen for the passenger.

The availability and pricing of the Ferrari Roma remains to be announced.