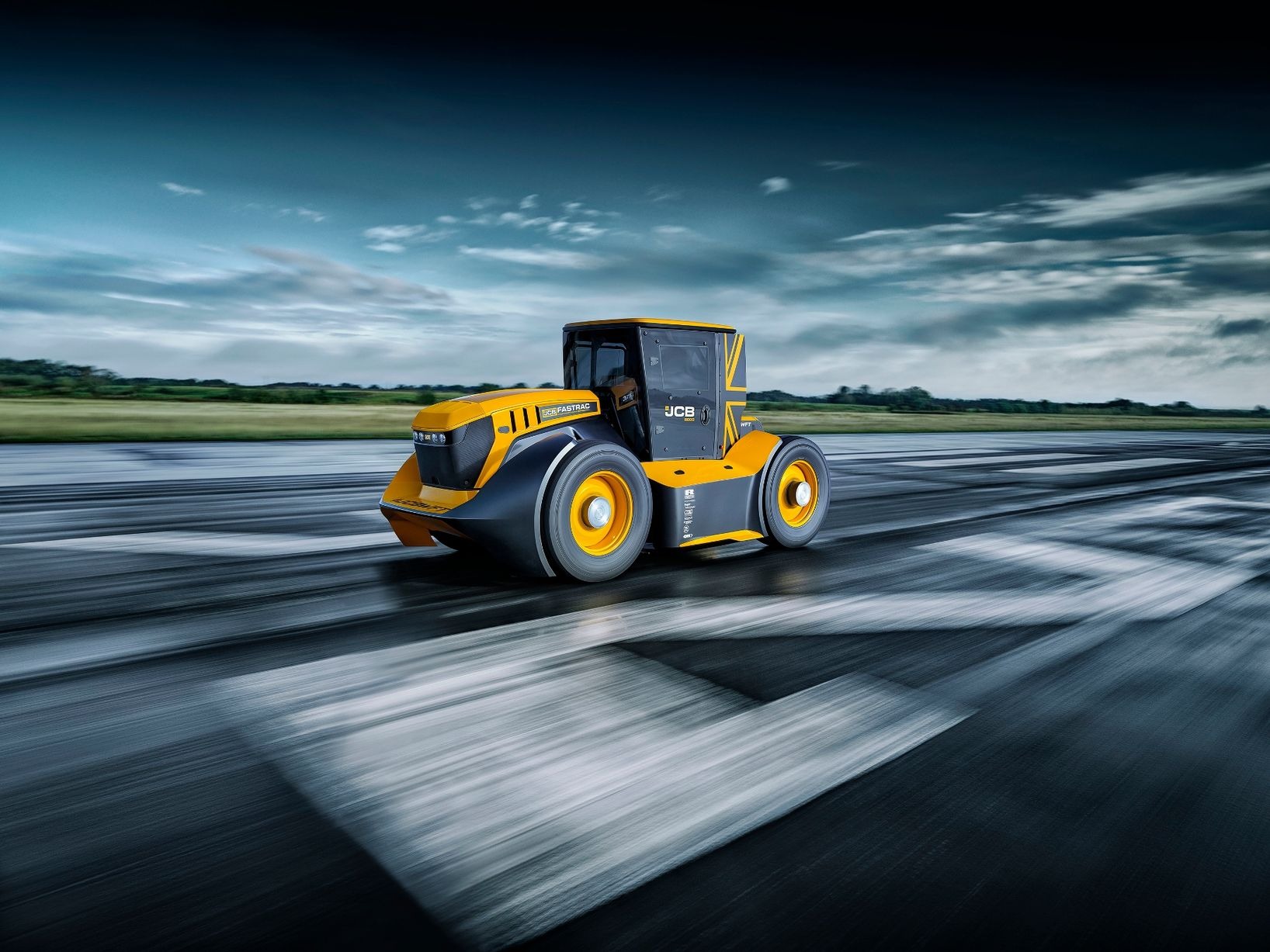 This summer, J.C. Bamford Excavators Ltd. released a video where it took its Fastrac tractor to 167 km/h (104 mph). A few days ago, the company squashed its previous record and entered the Guinness Book of World Records.

Guy Martin piloted a heavily modded Fastrac at a runway in Ellington, England. He has managed to hit 241.4 km/h (150 mph) during the run, but the Guinness jury representatives had to record the average speed instead, which was 217.6 km/h (135.2 mph).

The mechanical crew had to overhaul the drivetrain of the tractor in a number of ways, raising the turbocharger pressure, replacing the fuel pump and adding an electric supercharger to the mix. JCB did not reveal the resulting power output, but hinted that it exceeded 1,000 hp (1,014 PS, or 745 kilowatts).