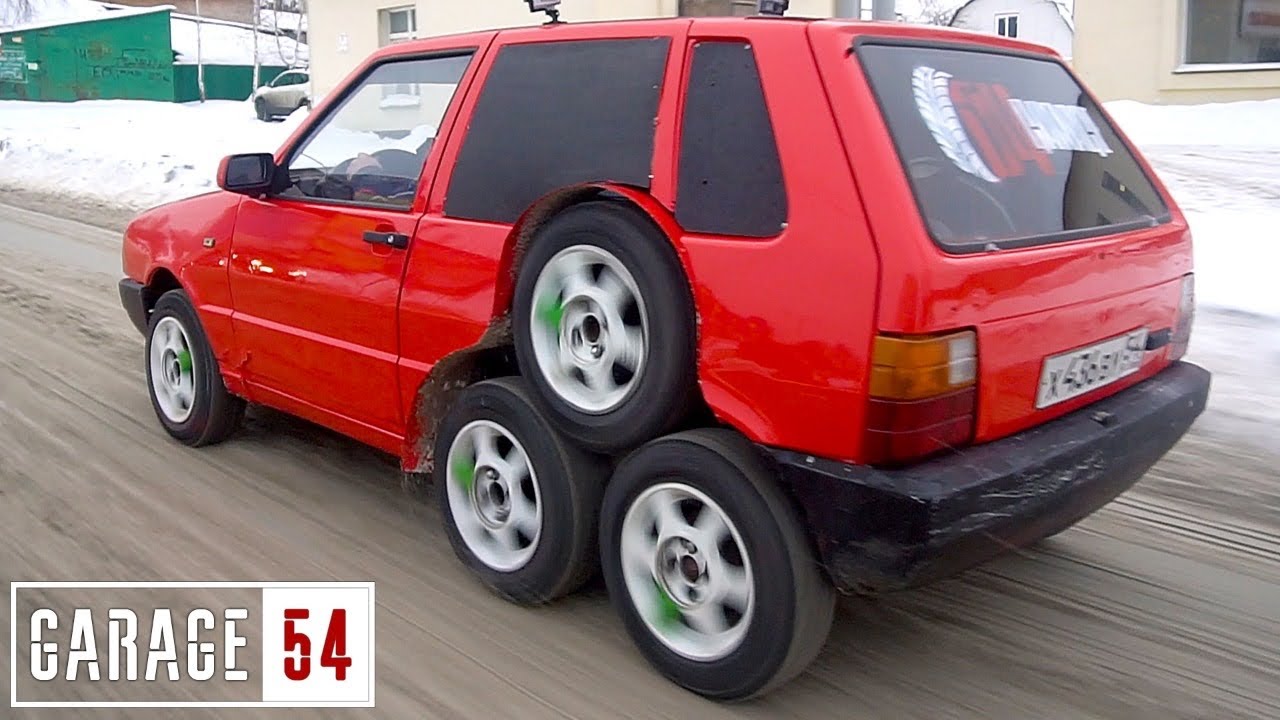 The wacky car tuner from Novosibirsk, Russia, has uploaded a new video to its YouTube channel showing its latest creation – a Fiat Uno mutant sporting six wheels on the rear axle.

Aside from four extra wheels, the Frankencar received a fresh paintjob, after which the team took it on a test drive down the streets of Novosibirsk.

The guys admit that they mostly sourced their inspiration from the four-axle Toyota Vios that two car mechanics from Indonesia pieced together from two cars. Unlike that one, however, the Uno only has two axles, so those four wheels at the top are purely decorative and only rotate thanks to the friction the lowermost wheels produce.

During the test drive, Garag54 found that the additional wheels make the Fiat Uno an uncomfortably stiff ride to sit in. Furthermore, they discovered that the standard gasoline engine with its 60 horsepower (45 kilowatts) cannot quite handle the added traction and quickly overheats.