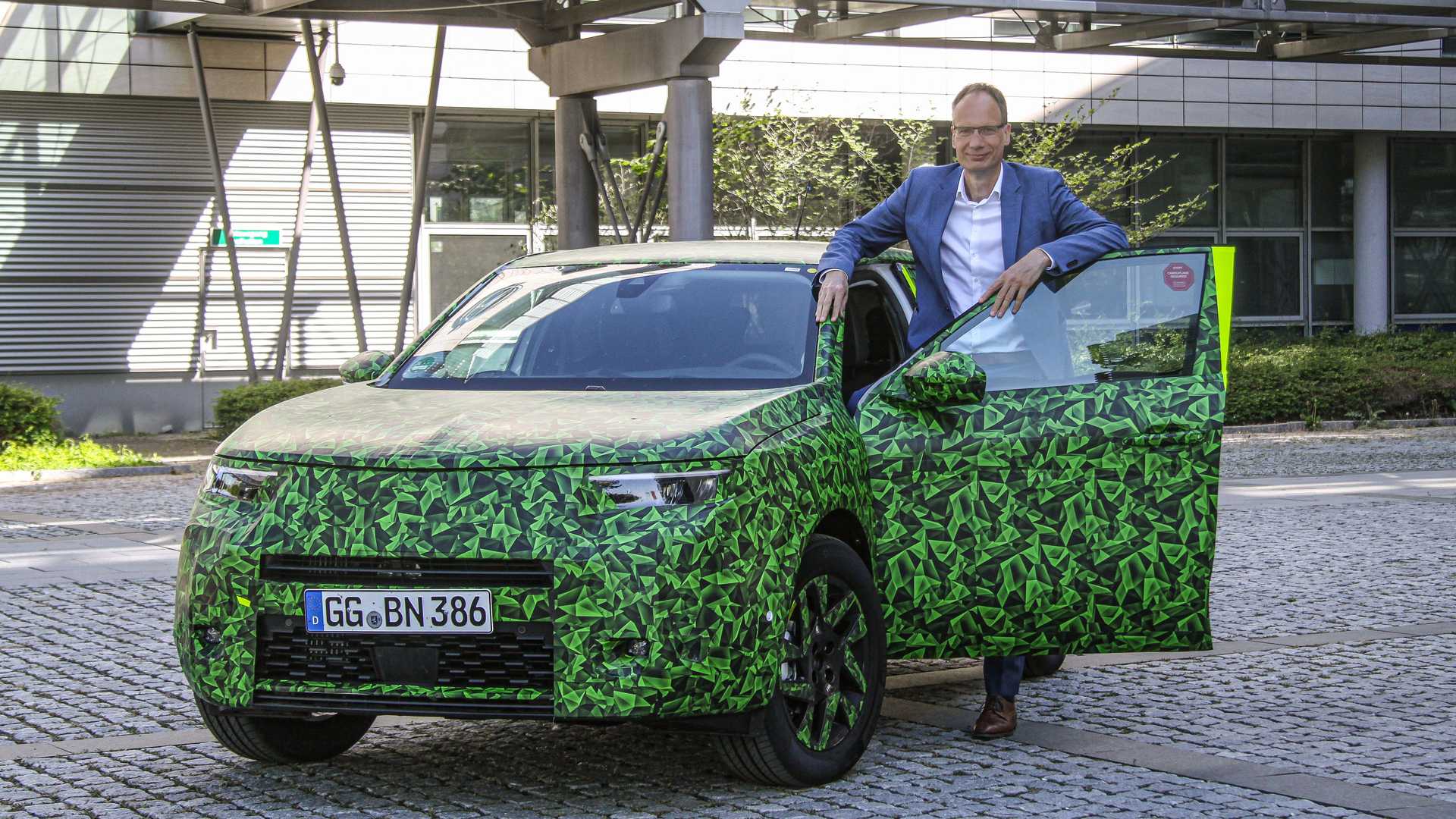 Opel continues teasing us with pics of its next-generation crossover/SUV Mokka. This time around, CEO Michael Lohscheller himself gets behind the steering wheel.

Earlier pics that you can find in our mini gallery here only show fine details of the car, whereas the new ones show it in its full size. Even then, the impervious disguising wrap dilutes the impression somewhat.

The design team emphasizes the front end of the car, which is now called “Vizor” and resembles that of the battery-powered GT X Experimental Concept from two years ago. The front indeed looks stylized after a biker’s helmet. There is a new Opel badge at the rear, and the Pure Panel cockpit also takes after the concept car mentioned above.

The electric Mokka-e will be the first to hit the market, Opel announces, with ICE versions scheduled to follow later.

The next-gen Mokka comes based on the CMP architecture by PSA Group, which makes it technically related to the latest Corsa, the Peugeot 208 and 2008, and the DS 3 Crossback. This also means it will not get AWD.

The new Opel Mokka should debut soon and will enter production in the fourth quarter of the year. Sales should start in early 2021.