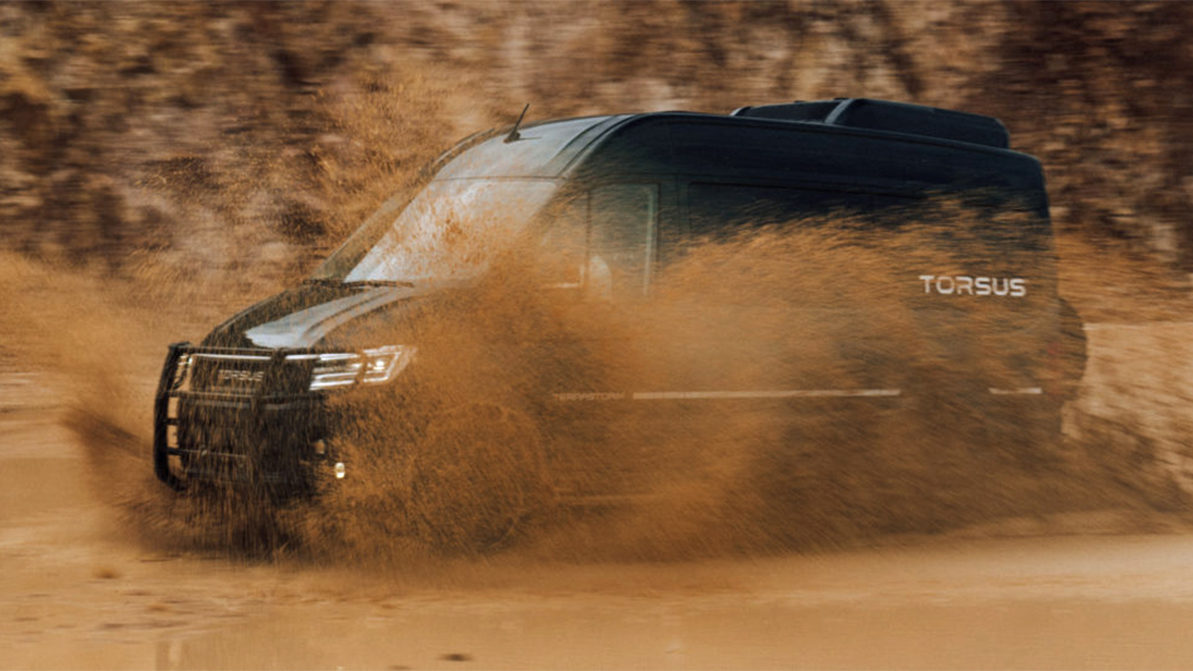 The vehicle will be Torsus’ second production car after the Praetorian bus shown in the video here. Technical details are light at this point: all we know is that it is based on the EU of the Volkswagen Crafter 4Motion. The company promises to deliver it with a selection of boosted engines and reinforced transmissions, and room inside for up to 21 passengers.

The first teaser pics show what appears to be a bull bar, BFGoodrich tires, a ladder and a spare wheel at the rear door, and safety belts inside the cabin.

The Torsus Terrastorm should celebrate its official premiere later this month.