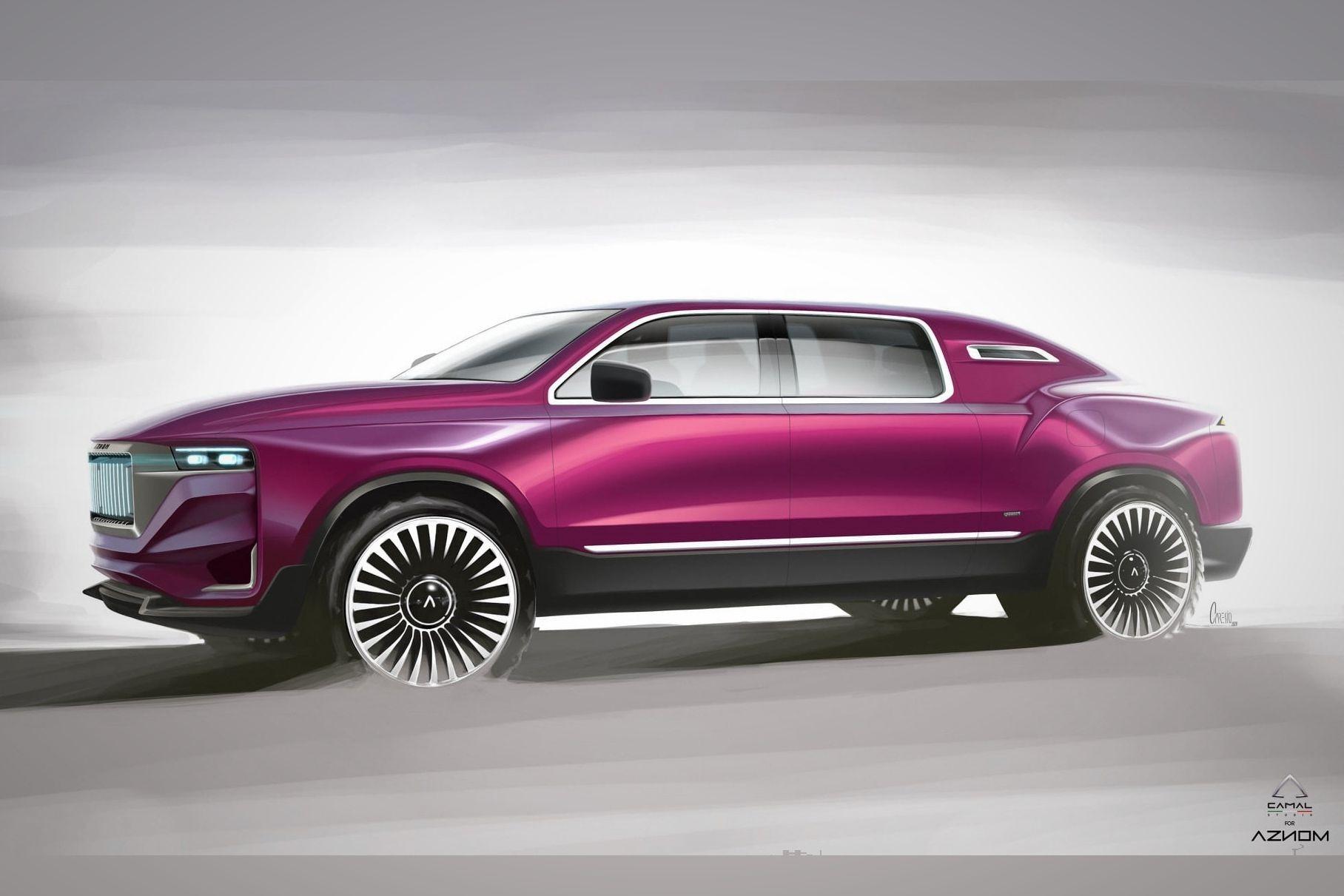 Auto tune-up shop Aznom Automotive has joined efforts with Camal Studio to design and produce a new off-road capable luxury limo, the Aznom Palladium. The production car is coming up in September, the company reports.

The Palladium is a whopping six meters (19.7 feet) long and boasts plenty of ground clearance, making it less dependent from road quality than most of its peers. The sketches let one assume that the front end draws inspiration from Rolls-Royce models. The c-pillars are downright massive, the single brake light spans the entire width of the rear, and the rear doors swing open against the traffic in a manner conventionally described as “suicidal”.