The strongest Defender hits the Nürburgring once again 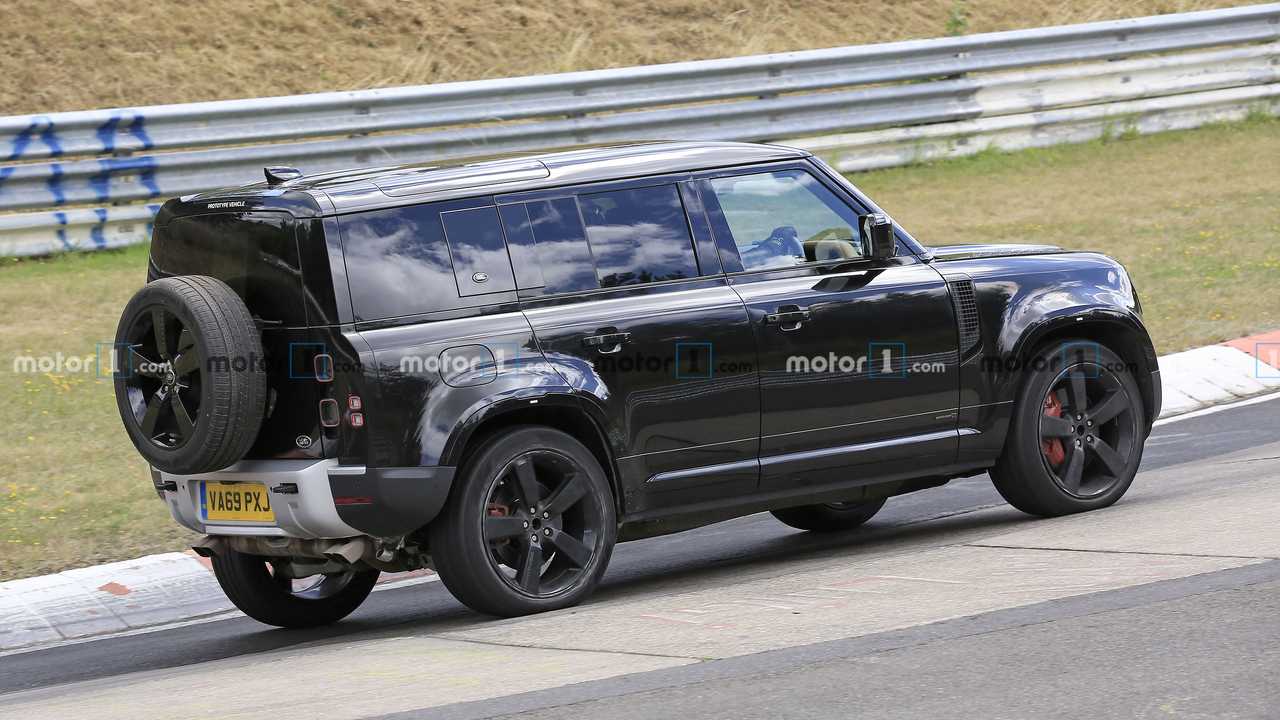 The high-end, V8-packing Land Rover Defender had already been spotted by camera people earlier this year (watch the video if you missed it), and the latest sighting occurred earlier today.

On the spy shots, the black SUV can be seen testing on the North Loop without any kind of disguise on. This leads us to assume that it won’t be any different from its more affordable counterparts in terms of exterior design. The quad exhaust finishers at the rear are the only indication of its power.

JLR has a supercharged 5.0-liter V8 at its disposal, but the newcomer will likely be getting the turbocharged 4.4-liter BMW V8 instead. The latter unit produces up to 625 hp (460 kW) and 750 Nm (553 lb-ft) of torque on Bavarian-made cars, but we’d expect it to be toned down a bit on the Defender. The new Range Rover – which has also been seen on the ‘Ring recently – may get the BMW V8, too.

Whatever the actual case, Land Rover won’t be revealing the top-of-the-line Defender anytime soon. Rumor has it that sales are planned for the second half of 2021.