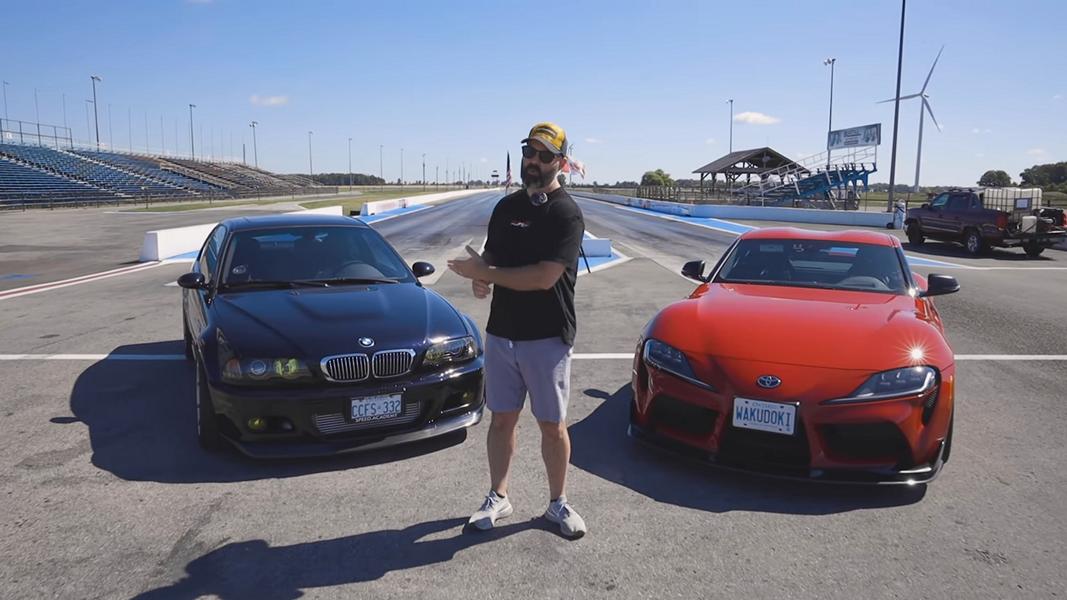 It’s common knowledge that people modding cars tend to have excellent taste in humor, but this drag race between an E46 BMW M3 and an A90 Toyota Supra really sets a new bar for irony. Don’t miss this video!

The first contender is a BMW M3 in an E46 body. It has little to show for itself aside from some aftermarket wheels, a couple body kit parts and moderately low suspension. But pop the hood, and you’ll notice the glaring absence of the stock inline-six S54. No worries, though; whoever did this more than compensated for it by putting the legendary Toyota Supra 2JZ in its place. The six-cylinder turbo mill received a slight boost to 500 hp (373 kW) and 580 Nm (428 lb-ft) of torque, as well as a sequential transmission.

To summarize, what we have here is a highly ironic “identity crisis” race between a Bavarian with a Japanese heart and a Japanese with a Bavarian core. You may think you know which one is going to win, but do yourself a favor and watch the video: it’s worth it start to end.