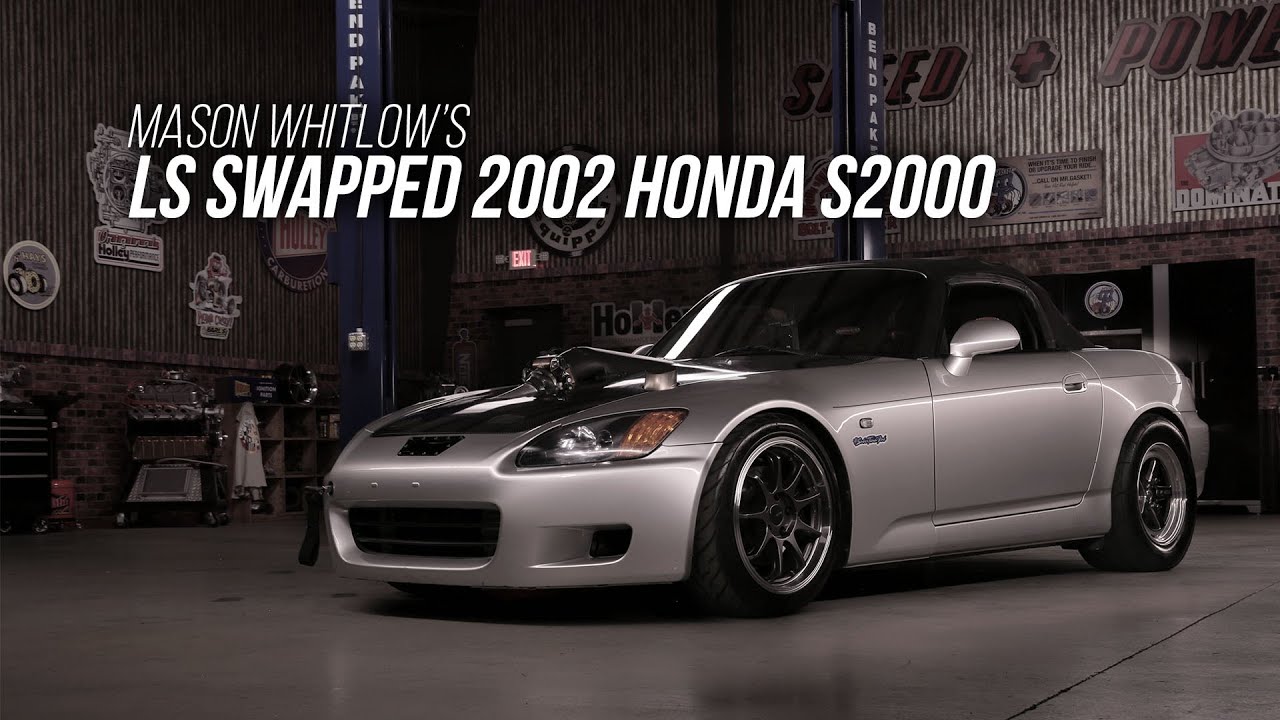 Mason Whitlow of Holley Performance is a true car aficionado who grew up on the values propagated by Fast and Furious movies. when he bought a Honda S2000 convertible, he made the mistake of challenging a Dodge Neon SRT4 to a drag race. Having been humiliated by a turbocharged compact car, he vowed revenge.

He started things off by fitting the four-cylinder engine with a turbocharger. After realizing this was not enough, he pulled out all the stops and swapped the mill for a General Motors L92 V8 6.2. The new engine received a massive Boostlab turbocharger that failed to fit under the hood, the Holley Frostbite intercooler, a new throttle housing, and the Holley Dominator fuel system for distributed injection. The output rose to 600 hp (447 kW) on regular gasoline and 700+ hp (522+ kW) on E85.

We would imagine that Mason no longer cares to challenge the dodge Neon: he has recently done a quarter-mile run in ten seconds and is preparing to drop that time by another second.