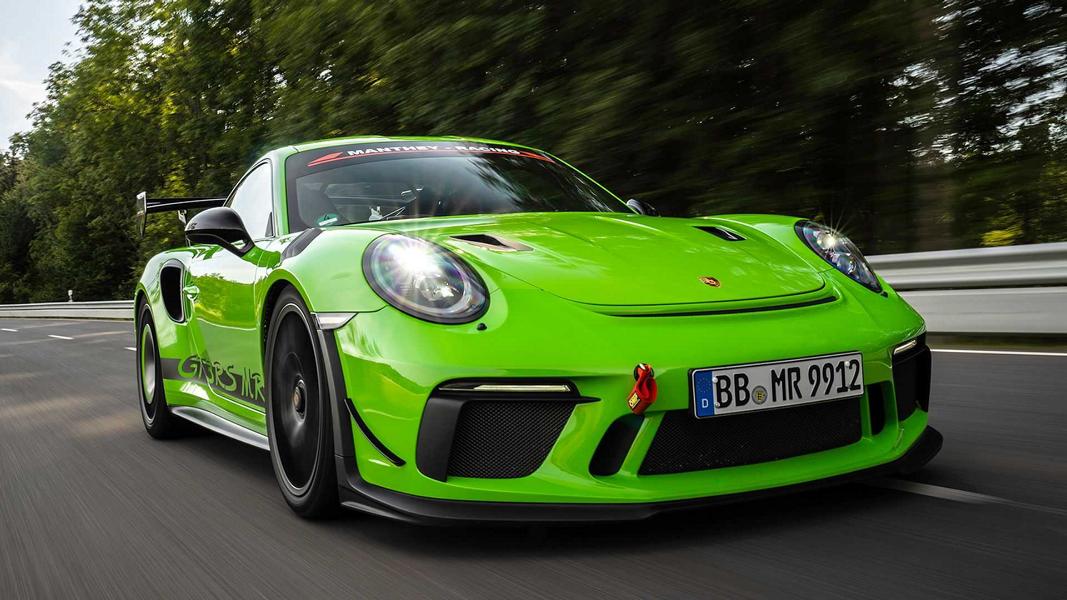 The talented Manthey Racing Team isn’t just headquartered not far from the Nürburgring, but has already won six 24-hour endurance races there. Recently, it has come out with this Porsche 911 GT3 RS tuning kit that is guaranteed to be efficient – it was tested on the ‘Ring, after all.

The majority of the components make it into the mix from a similar package MR released a few years ago for the Porsche 911 GT2 RS, the fastest road car allowed on the North Loop. Included are a rear wing with large side flaps, a carbon-fiber engine hood with a Gurney flap, front aches with gill-like air vents, and a slew of other minor elements.

Manthey Racing claims that the drivetrain and the engine stay stock because the car performs much better with the abovementioned upgrades alone. Watch the video to see what it looks like.