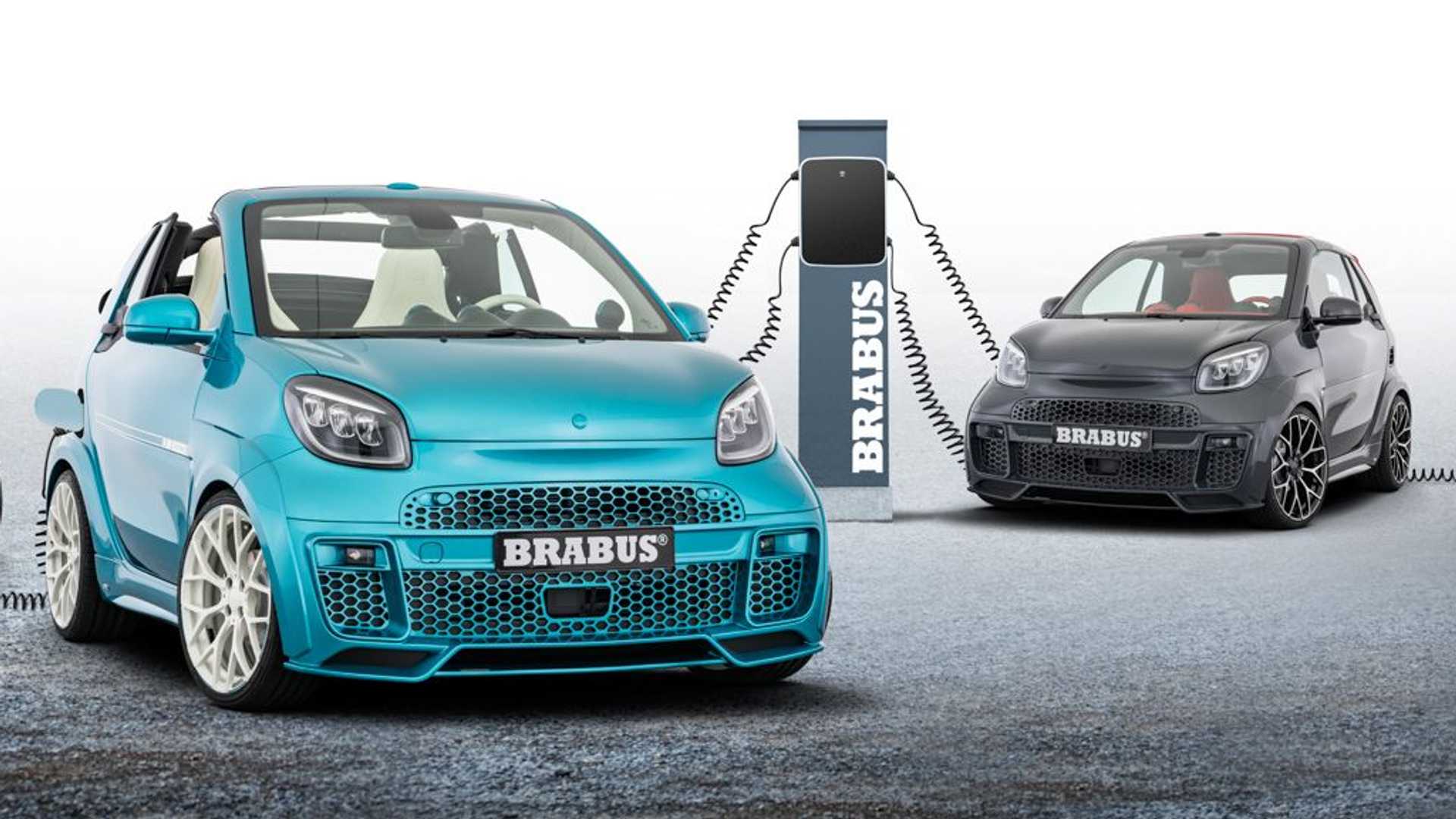 Three years ago, Brabus unveiled a concept named “Ultimate E”, taking the regular Smart ForTwo as the starting point. The car went on sale two years later and then gained a full-electric version that received a minor update today.

The 2021 Ultimate E comes based on the latest Smart EQ ForTwo Convertible and features tweaks in its torque control system, transmission modes and e-throttle response logic. The result is a lift to 92 total horsepower (68 kW) and 180 Nm (133 foot-pounds).

The catch is that you can only unlock the full thrust in Sport+, the hungriest of the four available driving modes. And while the tuner does not hesitate proclaiming its EV a “pocket rocket”, it barely hits 100 km/h (62 mph) in 10.9 seconds. The max speed is also electronically capped at just 130 km/h (80.8 mph).

On the outside, the Brabus Ultimate E boasts a custom-tailored Widestar body kit along with 18-inch wheels. Brakes and suspension are upgraded, and prices in Germany begin from €49,449.