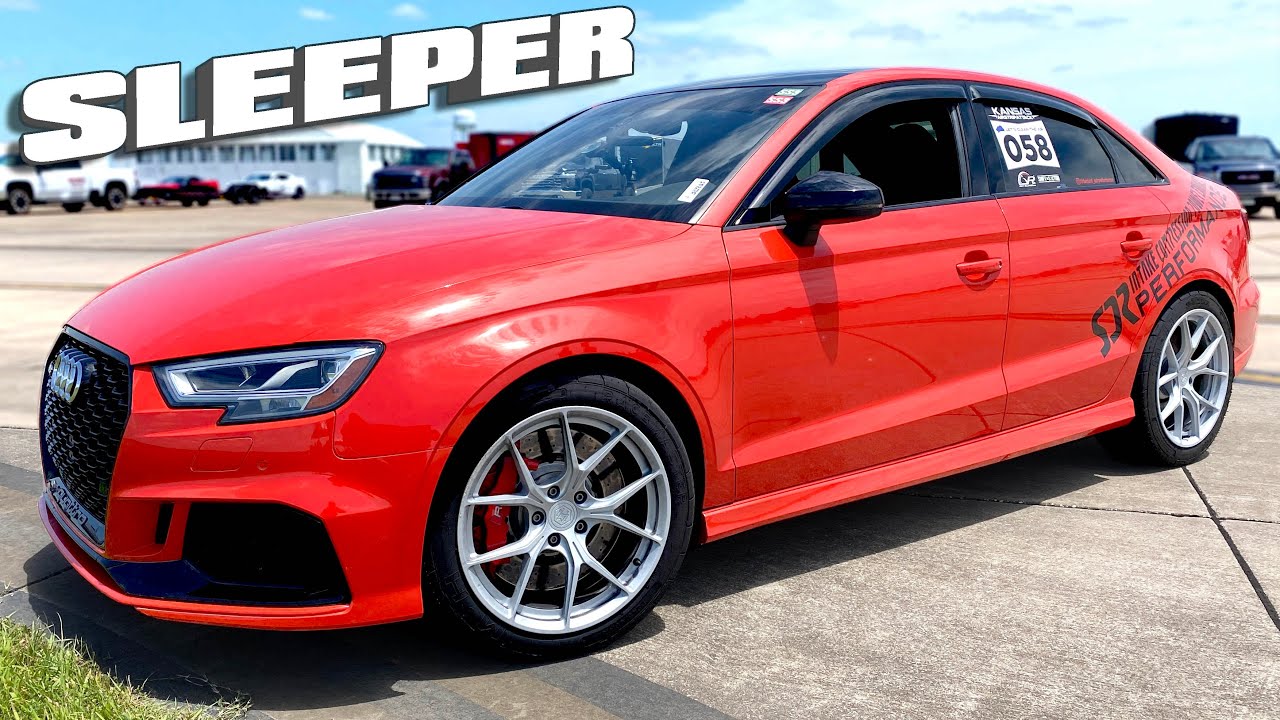 When asked about the ultimate Audi-branded family car, the new RS6 Avant immediately springs to mind. However, as this video clearly demonstrates, the RS3 can deliver staggering performance with the right mods on, too.

The owner never bothered to swap the stock 2.5-liter V5 turbo rated at 400 hp (298 kW) and 480 Nm (356 lb-ft) of torque. Instead, he outfitted it with a high-end turbocharger, rebuilt the drivetrain from scratch and put performance-oriented components in all places where it matters. He ended up with nearly 2.6 liters of displacement and 900 horses (671 kW) kicking the wheels.

Deciding to try his AWD sedan on the racetrack, he landed with a new record: the RS3 has run the quarter-mile in 9.8 seconds, hitting the finish line at 236 km/h (147 mph). This makes the custom build faster than many production supercars, let alone less exotic vehicles.

If you are looking for the catch, you are doing it right. The build cost a whopping $40,000 and put serious strain on the drivetrain, shortening its life expectancy. In other words, unless you are really passionate about tuning, don’t try this at home!