Marvel at this BMW Z3 M “Clown Shoe” packing 1,000 horses under the hood 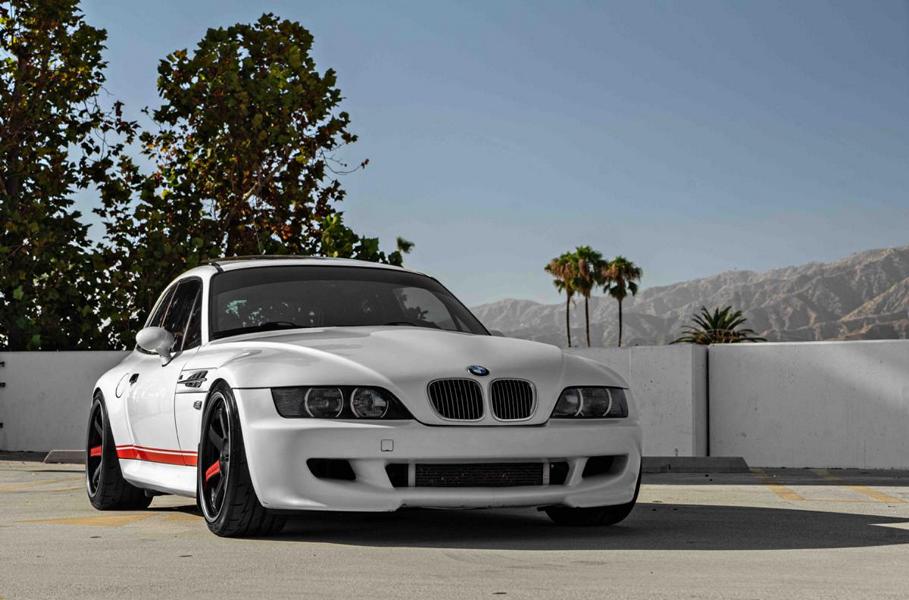 What BMW fan isn’t acquainted with the iconic E36 Z3? The coupe from the last decade of the past century was nicknamed “Clown Shoe” for its shape, but this did not stop it from becoming a crowd favorite. And here is one of the most successful customs we have ever seen of it.

Responsible for the project is a tuner shop named Garage 54 – not the Russian one, but an unrelated atelier with the same name from Los-Angeles. Exterior mods are kept down to a minimum: the front apron is stripped of the turn blinkers, the front fenders sport gill-like vents, and while the hood and the trunk lid are new, you will probably need another look to tell them from stock.

A closer glance reveals AP Racing brakes with six-piston calipers at the front and four-piston ones at the rear. The wheels are 18-inch Volk TE27SL, adorned with one red spoke accent each.

The engine bay is where things get truly interesting. The 2000-model-year coupe started its life with only 243 horsepower under the hood, but later traded its S52 series engine for the much more powerful S54 unit of the E46 M3. The latter was tuned (the hell out of, to be specific) and now delivers nearly 900 hp (671 kW) to the wheels, which translates into 1,000+ hp (750+ kW) at the crank.

In other words, why bother with words? Watch the full video, there’s so much to be impressed with!