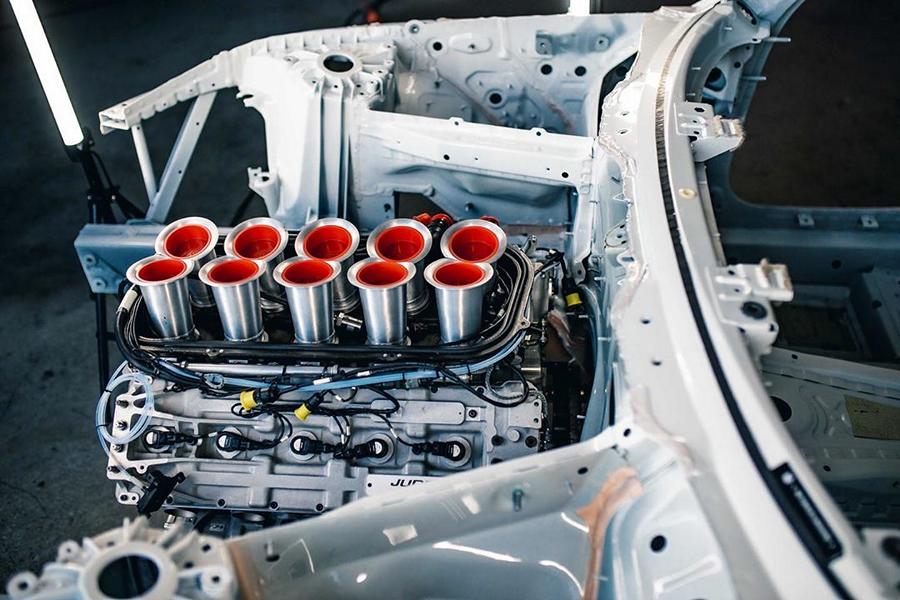 Professional racing driver and drifter Ryan Tuerck has built quite a few impressive cars over the years, but his latest project – stuffing a racecar engine into a production car – overshadows them all.

The car is the newest A90 Toyota Supra, and the engine is the famed Judd GV 4-Litre V10, which brought racing victories to such teams as Benetton, Arrow and Tyrrell. The 2010 Boss GP championship in Europe saw every race won by a car fitted with this phenomenal ten-cylinder. Tuerck admits that he had been waiting for nearly a decade for the appearance of a production sports car worthy of this 750-PS (740-hp / 552 kW) mill.

As evidenced by the photos and the announcement video, work is already underway on the project. Ryan will be releasing a series of 14 in-depth videos telling us everything there is to know about his ambitious engine swap project. Here’s wishing the best of luck to him!