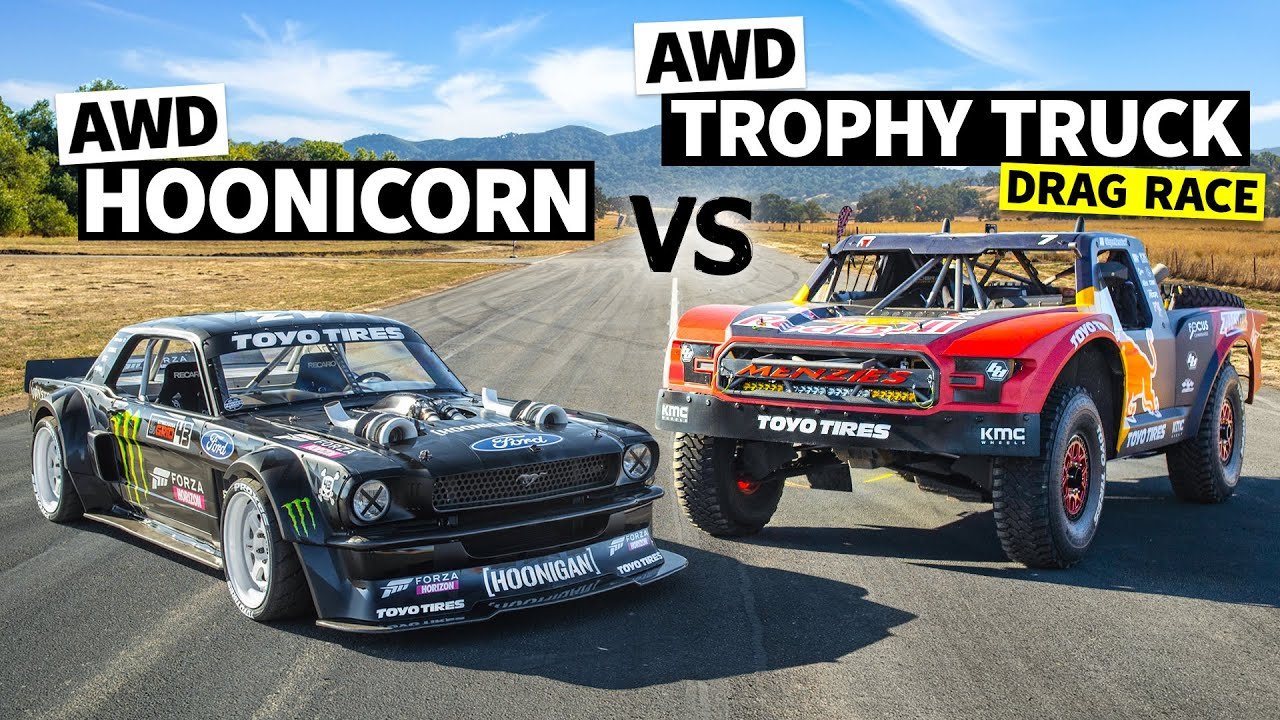 Ken Block continues his video series titled “Hoonicorn vs The World”, which sees him racing other crazy tuned rides in his trusty vintage Mustang. After showing the taillights to a McLaren Senna in the first episode, he now challenges a 950-hp (708-kW) buggy based on the Ford F-150 Raptor chassis.

In turn, the trophy truck has three metric tons of weight (around 6,600 lbs) and comes based on a Ford Raptor chassis dating back to early 2000s. In fact, the chassis is all that remains of the car, because the rest is all custom components. Powering it is a humongous nine-liter V8 rated at 950 hp (708 kW).

Both vehicles are off to an even start, but the behemoth buggy quickly falls behind and ends up sniffing Hoonicorn’s exhaust gases far, far back from the finish line. After the initial race, Block graciously gives it a starting advantage of a couple body lengths, but it accomplishes nothing. In the end, the truck cooks up some nice drift donuts.