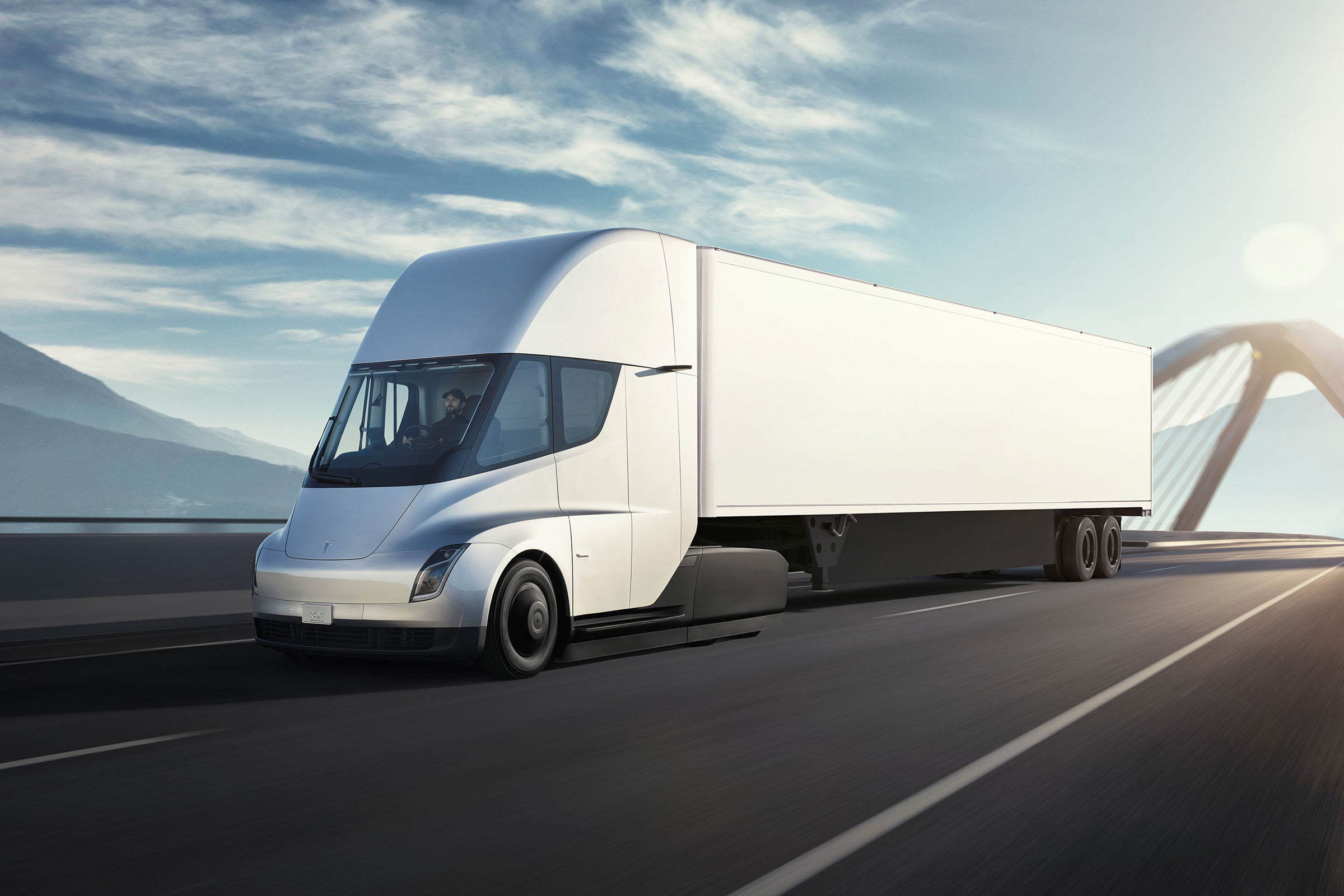 Announcing the truck three years ago, Musk showed a prototype model and said the Standard spec would have 300 miles (483 km) of range and the Long Range spec 500 miles (805 km). The former was estimated at $150,000 retail price and the latter at $180,000. However, the engineering department of the company realized later on that it could actually improve these figures considerably prior to the production launch.

Musk believes the trucks will be able to cover 500 kilometers (375 miles) even with 40 metric tons (88,000 lbs) of cargo on board, and higher specs will offer 800 and 1000 km (500 / 621 miles).
The Semi will likely land with four electric motors and the company’s signature Autopilot system. It will reach 60 mph (97 km/h) from standstill in around five seconds empty or around 20 seconds loaded to the max.

The production had been originally scheduled for 2019, but had to be delayed until this year and then the next one.