This 1956 Chevrolet Nomad restomod could be yours for $80k 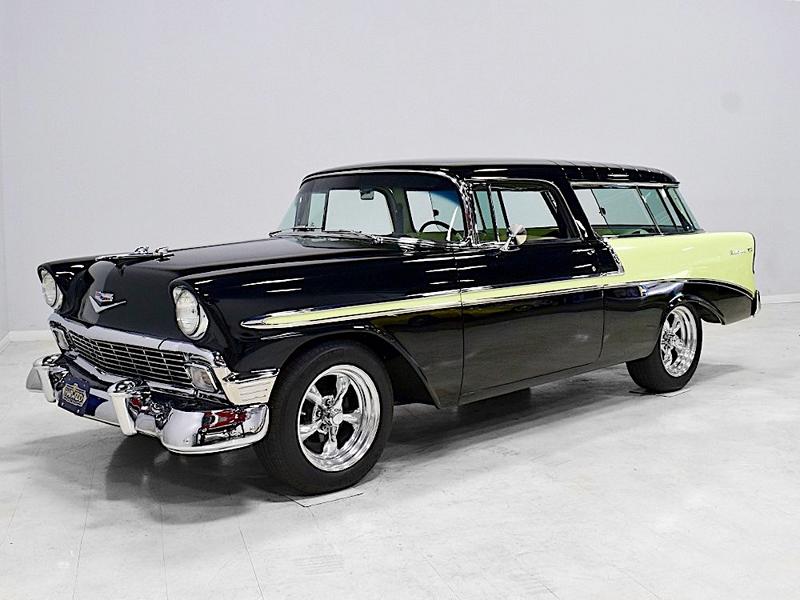 The original Chevy Nomad hit the showrooms across the United States 65 years ago and instantly became one of the most luxurious and prestigious vehicles issued under that badge. Not long ago, a tuner found a surviving copy and gave it a thorough overhaul.

Both the exterior and the cabin wear the classic lemon-yellow-and-black livery. Aside from the pristine condition of the paint, nothing outside hints at this being a restomod. The same more or less applies to the interior, which houses what passes itself for an OEM dashboard, steering wheel and trim. A closer look reveals a modern climate control system.

However, the main surprise lies under the hood, where an up-to-date 5.7-liter GM V8 toils in place of the eco-unfriendly inline-six mill from before. Linked to a four-speed automatic transmission, the crate engine is guaranteed to hit the wheels with substantial amounts of power – even though the seller provides no specifics.